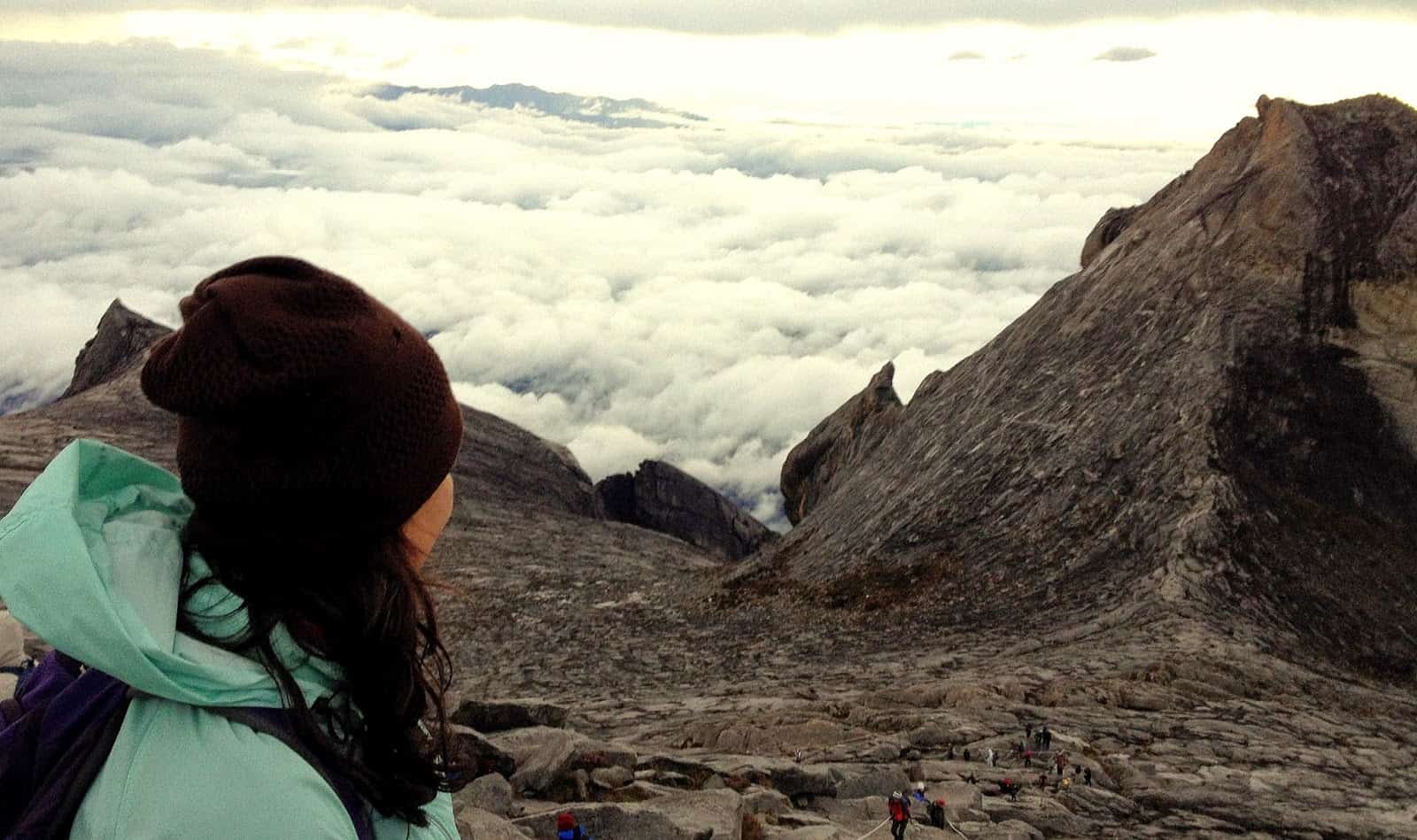 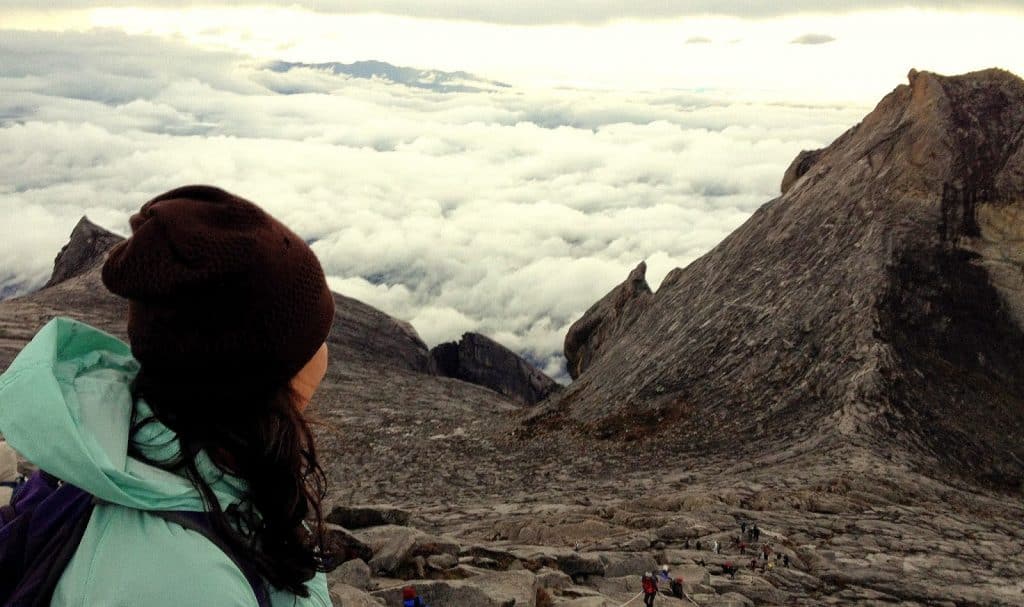 I reached the summit of Mt Kinabalu on January 4, 2015 just before sunrise.

Some years ago, my rock climbing mentor told me that you can never conquer mountains. He said that the mountains will always be there and never existed to be conquered. The power of nature is always stronger than you are, so to him it’s simply not a proper statement. I can understand that, but I felt that I needed more convincing. Nevertheless, I steered clear from using the word “conquer” in any of my adventures.

My mentor has been on sabbatical from climbing since then, but my passion for the outdoors still burns. And this was when SIGA was born. SIGA is the Special Interest Group for Adventure of Mensa Philippines. It brought together the adventurous souls in our roster with the hope that we would make our way to the mountains, the sea, and allow us to explore what else is out there. In Filipino, “siga” means tough or rough, and can also mean fire, befitting our mission and vision for the group. In January 2014, we climbed Mt Pulag, the third highest peak in the Philippines. By June 2014, we decided our next climb would be Mt Kinabalu, and we thought of inviting our Asian neighbors on this trip. Since then, we had climbs as part of our preparation. In addition, I had a month and a half of serious cardio training.

On New Year’s Eve, three days before our climb, I had the misadventure of consuming something funky, that by New Year’s Day, I was repeatedly trotting between my bathroom and my bed. I was too weak to go out, go home to my parents, or go to the labs. On January 2, I had enough strength to get myself tested. It was tricky since I also had to consider the prophylaxis I had planned on taking as I am classified as high risk for altitude sickness. After some work up, fluids, and much consideration, I made my final decision to push through with the climb and take in an alternative medication as my first choice might aggravate my electrolyte imbalance.

That evening, I barely made my flight. I had too much going on earlier in the day that it had compromised my time.

In Kota Kinabalu Park, we only had 3 hours of sleep before a knock on the door signalled the start of our journey.

After our buffet breakfast and a short flight of stairs, I noticed I had some easy fatigability and that my heart was pounding wildly. It got me worried because this was not normal for me. However, I may also liken it to what I may feel like warming up before my cardio training. But after another episode a while later, I made the decision that I did not want to gamble with my life. Coming out of dehydration and with borderline electrolytes, I decided to hire a porter to assist me with this trek.

The Mesilau trail was as beautiful as it was arduous. It is longer by approximately 2 km and tougher than Timpohon, the usual route that climbers choose. We would stop at times to admire what was around us – the falls, streams, and clearings which would give us an exhilarating view…or even the lack of it because we were walking through clouds. The flora that surrounded us were fascinating. But the trail was steep. At this point, I was working on pure determination and relying on my leg power to push me through. My mind was just on auto-pilot with one thing: Just walk. And then stop and take some pictures. Or videos.

I was alone on the trail most of the time, but later on had caught on with Aldrich. My porter had caught on to us as well. We had short, frequent stops, where we either catch our breath or attempt to capture macro photos of flora.

After 5.5 km, we reached a fork in the road and continued on a steeper ascent. Some meters later, we saw the 4.5 km marker. This was for those who took on Timpohon. It was amusing that it felt like we were set back by 1 km, but we easily brushed it aside. Because by this time, we were higher than the clouds and at an awesome vantage point to witness the sunset. Aldrich and I took this time to marvel at a phenomenon we usually take for granted because today, it was not just a daily event – it was a reward.

The three of us strapped on our headlamps, gloves and fleece in preparation for a colder, darker hike. The last kilometer to the base camp was the toughest psychologically. It was a constant crusade against pessimism and weary bodies. We were hungry and anxious to end this course. At 7:50 pm, Laban Rata greeted us with an empty and half-lit mess hall. All climbers have been to bed some 50 minutes prior. And since we arrived more than two hours after the buffet closed, we only had packed meals.

The staff informed us that it was advisable to wake up at 1:30 am, prepare our things, have breakfast at 2 am, and start leaving as early as 2:30 am. So much for ample rest. Our group, possibly because we were the most sluggish, left later than the rest at 3 am. Estimated time to reach the summit was 5:30 am.

We met the start of the rock face of Kinabalu some 700 meters from Laban Rata. A white rope was bolted on to it where climbers can use it to aid themselves up. Pretty soon, it was all the same to me – climb a little, follow the white rope, rest a little, walk, sit a little. It was dark and the pace was slow. It was so slow and robotic that the climbers seemed like the walking dead coming towards Aldrich and I. That’s how exhausted we were.

After passing the 7.5 km mark (which signalled the last 500 meters), Aldrich and I were discussing how something that seems so short would actually be longer.  We convinced our minds not to get ahead of ourselves and just keep climbing. Aldrich motioned me to go first. I had my mind on negotiating the rocks when I reached the end of the white rope. Where do I go now? It was too dark to see.

It turns out, it ended because I reached the summit.

There was not much to see there, just a marker and a fleet of climbers clamoring for a piece of rock to sit on as they wait for the first rays of light to shine through. I immediately took the opportunity to ask a complete stranger to take my summit photo.

I found a spot where I tried taking test photos when Aldrich, and later, Ashutosh found me. It was a triumphant moment for us as we watched the sun rise on a glorious day. Ash was particularly in high spirits since our guide concluded a day earlier that he does not have what it takes to make it to the summit, and yet he was third in our group to make it, proof that your spirit cannot be broken if you don’t let others do so.

The clouds were far below us. The rocks were colossal. And there I was above all that – recovering from a sickness, exhausted, and severely lacking sleep for two days. Being on top of the world at that moment reminded me that something majestic lives here that is more powerful than I am. It gave off an other worldly feel to small specks of human beings like me trudging its tracks. That was a very humbling moment. The mountain has only allowed me to be a part of it, and to leave a part of myself here.

I now understand why it is that I have not conquered Kinabalu and never will. On the contrary, Kinabalu has conquered me.

Most importantly, I conquered myself.

The sun was up and everything was bright when it was time to make our descent. A sea of clouds was on the horizon, the massive rocks looked barren, but still magnificent. We were not able to appreciate these when we were climbing hours before in the dark. Now it was simply beautiful.